Fame is not a kind mistress to many, and it is always rather more invasive than those to receive it deserve. Hard work and serious endeavour deserve attention and praise, and certainly an opus as To Kill a Mockingbird merits all the unmitigated regard it receives, but while some notice and encouragement is pleasant, there is such a thing as having too much. Public prominence, we know, does many things, and only some of them good, but for such a brilliant author like Harper Lee, the fulmination of accolades produced an expectation she felt herself unequal to fulfill. The generosity of a close friend gave her the time she required to write something she felt worth reading, and after a little time, and many iterations, one of the greatest novels in the History of American Literature was created.

How all the pangs and pleasures of achievement will work their powers on a demure heart. Lee never weltered in her fame, shying away from interviews and media contact in general, and so would any author who had reached such academic heights in the afternoon of life. She wrote more books and short stories, most of which never left the confines of her home, and the wold had almost despaired of ever seeing another novel from her again, until Go Set a Watchman was allowed to be printed. Her ardent promotion of literary was more fervent than her publishing in her later years, but when one's greatest accomplishment was a novel that would highlight and challenge the racial injustice of the American south in the 1960s, there is no rivaling such an astonishing success.

My first acquaintance with To Kill a Mockingbird was in grade 9, when I was compelled by the authority of an officious professor, to apply myself to it. After reading about ten pages at the library, I took the book home, stationed myself in a corner, and did not move until I had finished it. It was one of the great literary acquirement of my young life, and though I have only read it ten times since, the discovery of such an unexceptionable story is something I will carry with me to the end of my life.

I am very sorry never to have met her before she passed. She seemed a dreadfully intriguing woman, probably because of her recluse habits, ones which I happily share. It is a selfish wish, to hope for more stories from such a quarter when the light of such brilliancy has gone out, but the chyrme of so singular a mockingbird will sound long after its time has ceased.

"Shoot all the blue jays you want, if you can hit 'em, but remember it's a sin to kill a mockingbird." 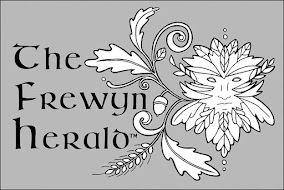